The foundation of The Jacobson Group’s success is our focus and dedication to the insurance industry. Our executive management team mirrors this, collectively bringing more than a century of hands-on industry experience to our organization and our clients. In addition to industry knowledge, each executive contributes a unique blend of leadership, vision and creativity. Together, they are committed to the success of our firm, our clients and our industry. Gregory P. Jacobson is co-Chief Executive Officer of The Jacobson Group, the leading global provider of talent to the insurance industry. Greg has successfully guided the firm through substantial growth over the years, as demonstrated by the company’s recognition as one of the nation’s fastest-growing private staffing firms on multiple occasions.

In addition to overseeing the organization, Greg manages select search assignments for the firm's executive search practice. He has consulted companies internationally in all areas of the life, health, property and casualty insurance communities. He has successfully assisted leading industry organizations in the acquisition of critical senior-level talent including Board Members, CEOs and other C-suite roles.

Greg is an active participant in the insurance community. He contributes to many industry association events, including those of the American Property Casualty Insurance Association (APCIA), the International Insurance Society (IIS), the Medical Professional Liability Association (MPL Association), and the National Association of Mutual Insurance Companies (NAMIC). He is considered an expert on the industry's labor market and is often called upon to share his perspectives on the industry’s talent outlook, human capital strategies, talent acquisition and succession planning. He is a featured columnist in Best’s Review and also contributes his insights with periodicals such as Carrier Management, Reactions, Insurance Business America, and the Wall Street Journal.

Greg is a Board Member of The 1970 Group, a financial services organization supporting the insurance industry. He is also a member of the Economic Club of Chicago. Greg has formally held board roles for a New York-headquartered specialty property and casualty insurer and the National Insurance Industry Council for the City of Hope. He is also a former Board Member for the Chicago Sinfonietta, the United States’ most diverse orchestra. Greg graduated from Illinois State University of Normal.

Richard L. Jacobson is co-Chief Executive Officer of The Jacobson Group. He maintains shared leadership and management of the firm’s day-to-day operations and strategic direction and plays a significant role in its continued growth and success.

Since joining the company in 1997, Rick has contributed to the substantial development and recognition of its flexible talent service offering. Previously, Rick served as Vice President of Operations and President of Jacobson’s temporary talent business unit, leading its growth to become the largest and most recognized provider of temporary talent to the insurance industry.

Rick is actively involved in the insurance industry, the staffing industry and especially the intersection between the two. He currently serves on the Policy Council for the American Staffing Association (ASA).

Rick also serves as the Chairperson of the Board of Directors for The Nora Project, a non-profit organization whose mission is to teach empathy by sparking friendships between students and their peers with disabilities. The award-winning school program allows students to explore disability, adaptation and friendship in exciting and innovative ways.

Prior to his tenure with the firm, Jacobson worked as an IT integration consultant for Andersen Consulting in Chicago. He received his master’s of business administration from Northwestern University’s Kellogg School of Business in Evanston, Illinois, with concentrations in management and strategy, as well as marketing. Jacobson earned his bachelor’s degree in Mechanical Engineering from the Illinois Institute of Technology in Chicago.

Beth Roekle is the Executive Vice President of Temporary Staffing for The Jacobson Group. In this position, Beth partners with our sales and business leaders to execute high-value staffing services. She is also an integral member of Jacobson’s Executive Management Team with a significant role in growing the enterprise.

Beth’s impressive resume includes an extensive background in the talent solutions space with experience in contingent labor operations and client delivery management. Prior to joining Jacobson, she held numerous positions of increasing responsibility at Advantage xPO, most recently serving as their President, North America. In this role, she was responsible for their recruitment process outsourcing, business process outsourcing and managed service provider business units. Before joining Advantage xPO in 2011, Beth was the Vice President of Operations, Systems and Analysis, for PeopleScout.

Beth’s commitment to outstanding service has resulted in a strong track record of delivering superior talent management solutions. As a presenter at recruitment and staffing conferences, she is considered a thought leader in the industry; and she is often quoted in industry publications. From 2013 to 2017, she was named “Provider Superstar” by HRO Today Magazine, which recognizes leaders who have made a positive impact on their clients’ organizations while delivering value to the industry overall.

Beth earned her Juris Doctor from DePaul University College of Law in Chicago and a Bachelor of Arts in economics and political science from Northwestern University in Evanston, Illinois. Judy Busby is the Senior Vice President of Executive Search and Corporate Strategy for The Jacobson Group. In this role, Judy offers leadership and strategic direction to the firm’s executive search practice, which provides executive search and selection consulting for insurance leadership positions across all disciplines. Judy is also a key member of Jacobson’s Executive Management Team and is accountable for directing corporate-wide initiatives that ignite the continued development and growth of the entire organization. In addition, she manages select executive-level search engagements for clients from all sectors of the insurance industry.

Judy brings an impressive track record of organizational development and high-performance leadership to her role at Jacobson. She has assisted countless executives, leaders and other valued team members in realizing their organizations’ strategic objectives. In fact, through her strategic and consultative approach to executive search, she has even inspired a few of our clients to shift their organizational structures to better align with their missions, visions and strategic objectives. Her expertise in human behavior science also uniquely positions her to offer guidance on attraction and retention strategies for high-impact executives.

Judy received her Master of Science in Management and Organizational Behavior (MSMOB) with a major in organization development from Benedictine University, her MBA in operations management from St. Joseph’s University, and a bachelor’s degree in business logistics from Penn State University. She is a certified Project Management Professional® and has earned the Diversity, Equity and Inclusion in the Workplace Certificate from the University of South Florida Muma College of Business. As Senior Vice President of The Jacobson Group, Dave Coons provides leadership to Jacobson's professional recruiting practice. In addition to overseeing the day-to-day operations of this business unit, Dave serves on the Executive Management Team and plays an integral role in the continued growth and development of the firm.

Dave joined Jacobson in 2007 to head up its subject matter experts practice and later transitioned to his current role. With extensive experience in the human capital and professional services arenas, he most recently served as Vice President of Business Development for a global human resources consulting firm. His successful career record also includes executive tenures with a leading recruitment process outsourcing provider and a global technology consulting firm.

Dave earned his MBA from Loyola University in Chicago and his bachelor's degree from Indiana University in Bloomington, Ind. Currently, he is a member of the Society of Human Resource Management (SHRM), Chicago Area Healthcare Recruiters Association (CAHR), Harper College for Business Advisory Committee, and Loyola and Indiana University alumni foundations. Catherine Prete is Senior Vice President of Operations at The Jacobson Group, the leading global provider of talent to the insurance industry. In this role, she oversees strategic direction of corporate operations, legal and risk management, as well as technology for the organization. With more than 20 years of staffing experience, it is her mission to help the organization learn, evolve and continue to be a leader of staffing best practices. Catherine also serves on the Executive Management Team and plays an integral role in the growth and development of the firm.

Catherine joined Jacobson in 1997 as an accounting assistant. Her dedicated work ethic and extensive training, executive support and project management expertise enabled her to move up the ranks to the leadership role she is in today. Prior to joining Jacobson, Catherine served as Employment Information Systems Supervisor at Reid Systems.

Abbe Sodikoff is Senior Vice President of The Jacobson Group, the leading provider of talent to the insurance industry. In this role, she provides leadership to the firm’s temporary staffing health services team, which offers temporary support across all functional areas and at all levels. She also plays a significant role in the continued development of the entire organization as a member of Jacobson’s Executive Management Team.

With a track record of success in sales and recruiting, Abbe brings more than 15 years of experience to her role. She joined Jacobson nearly 10 years ago as a National Territory Manager and has consistently moved up the ranks, gaining increasing responsibilities.

Abbe is an active participant in the insurance/managed care community and participates in a number of industry events on both the local and national levels. She received a bachelor’s degree from the University of Wisconsin in Madison, Wisconsin. Johanna “JoJo” Harris is Senior Vice President of Human Resources at The Jacobson Group, the leading global provider of talent to the insurance industry. In this role, she is responsible for leadership and management of the firm’s human resource functions. This includes formalizing, implementing and overseeing all human resources policies and procedures with a strong focus on internal talent acquisition, retention and development. JoJo also serves on the Executive Management Team and plays an integral role in the growth and development of the firm.

JoJo joined Jacobson in 2015 and quickly made a positive impact on the organization’s culture. Prior to joining Jacobson, JoJo served as Human Resources Director/Business Partner for Morton Salt. JoJo has also previously held the roles of Human Resources Manager for the Chicago Tribune Company and Cost Accountant and Human Resources Coordinator for Armstrong World Industries.

A well-respected leader in the human resources community, JoJo was named to the Crain’s Chicago Business 2021 Notable Leaders in HR List, which honors HR professionals who have demonstrated their ability and power to impact change. JoJo is also active in the community and has served as an advisory board member for the United Way Women’s Leadership Council and as a mentor for WOMEN Unlimited. She is currently the greeter ministry leader for Bright Star Church Chicago and has served as its children’s church director. She received a bachelor’s degree in accounting from Penn State University of Pennsylvania and a master’s degree in human resources and industrial relations from Loyola University of Chicago. 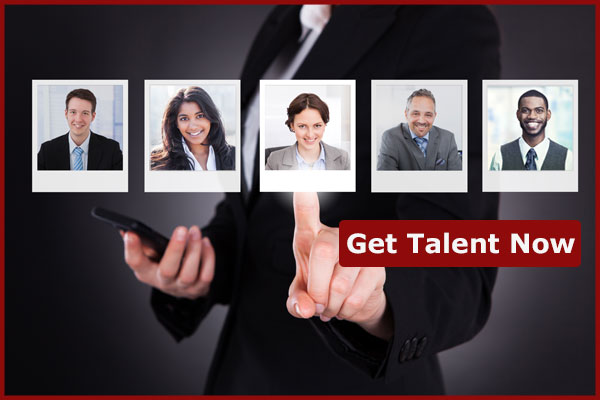